The latest release of 'pbi-tools' introduces the cross-platform Core edition and the new 'deploy' action.

The previous releases of pbi-tools were limited in that the tool needed to run alongside Power BI Desktop, hence in an interactive environment. That was insufficient for fully automated DevOps scenarios. Hence, pbi-tools now exists in two flavors: The Desktop CLI and the Core CLI. The latter is a cross-platform executable running on top of .Net 5. The Core edition does not require Power BI Desktop to be installed. For that reason it comes with a restricted feature set. A full DevOps workflow will require both editions to be used at different stages.

Put simply, the Desktop CLI is used interactively by individual developers committing changes into a code repository. The Core CLI, in turn, will then run on a build/deployment system. It reads and understands PBIX sources and can transform/compile/deploy those artifacts.

The Core CLI is called pbi-tools.core (pbi-tools.core.exe on Windows) and available to download from the GitHub releases page for Windows x64, Linux x64, and Linux/Alpine x64: 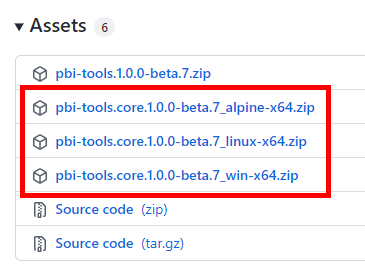 Alongside the new Core CLI comes the new deploy CLI Action. It completes the pbi-tools DevOps story and uses a declarative deployment model, with a deployment manifest held in source control just like other PBIX sources:

Integrating the system (for example) into an Azure DevOps Pipeline is very simple and produces output similar to this: 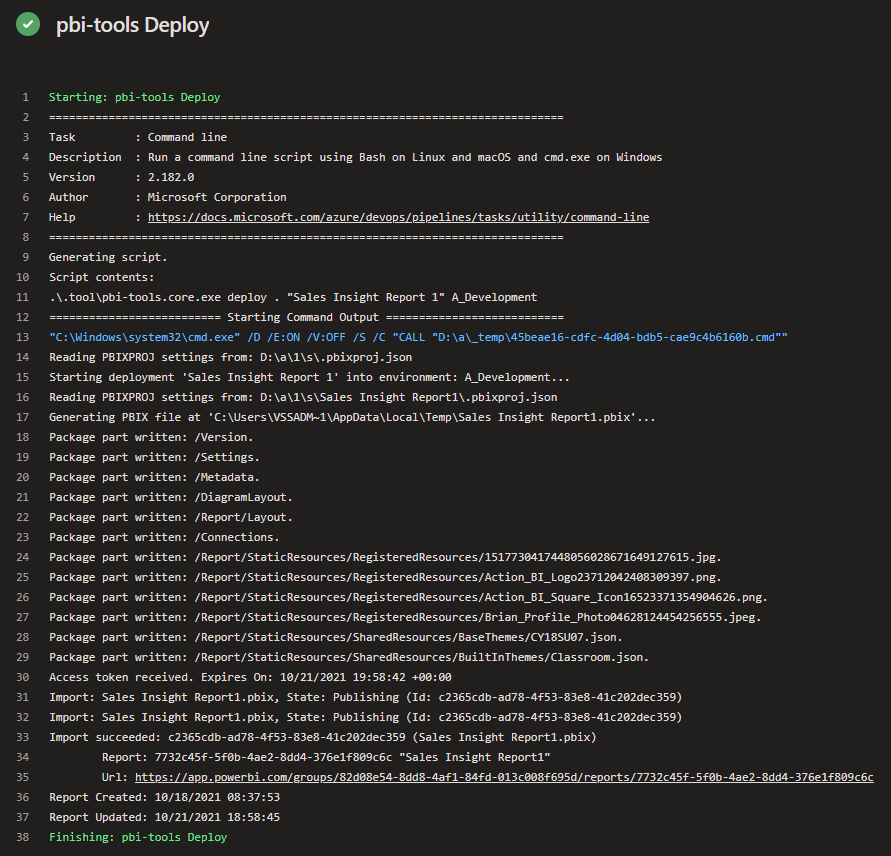 We’ll be providing additional articles and tutorials demonstrating the new features. There is a much bigger vision here, and this is the very first step.